Did you know that water damage is the second most common cause of house insurance claims in the United States? Frozen or leaking pipes, leaky roofs, plumbing issues, and appliance difficulties are the most prevalent causes of residential flood damage. All of us have certain illusions about Flood Restoration Melbourne services. Some of these fallacies are debunked in this article. Floods are more likely to occur as a result of Mother Nature’s wrath. However, they can also arise as a result of human mistakes, such as leaving the faucet open for several hours at a time.

Apart from natural disasters, flood can also be a result of carelessness with the plumbing appliances, but sometimes, small mistakes can lead to a troublesome situation. Keep on reading the blog to know more about flood myths!

1)   The restoration will take a long time.

This is one of the most common misconceptions. People believe it will take days to restore their home to its previous state. Although the severity of the damage will determine this, the sooner you contact a Flood Restoration Melbourne service, the better you will be able to recover damage. These professionals use the most up-to-date equipment and water mitigation strategies to quickly restore your home to its previous condition.

2)   Mould won’t grow in locations that aren’t as wet as others.

This is not the case. Mould can grow in 48 hours even if the places in your basement and rooms have had a small amount of water. Mould is more likely to grow in the summer, but it can also grow in the winter if moisture and water are not dried up. Some people believe that bleach can be used to remove mould. However, this is not the best method because it will most certainly grow back.

The amount of damage caused by water determines how much of the wall needs to be rebuilt. As a result, this could be both a myth and a fact. Companies that specialise in water restoration have drying methods that can dry even the tightest of areas. Walls would not need to be reconstructed in this situation. The moisture readings can give you a better indication of the extent of the water damage.

4)   It is impossible to save electronic equipment.

There is a common misconception that if water gets inside electronics, they would cease to function indefinitely. You could believe you’ll never be able to bring the equipment back to life. You can, much to your surprise. Don’t plug them in until they’ve been treated and dried off by professionals.

Wrapping-up:  Hope you found the blog useful and helpful in clearing your water damage misconceptions. However, it is preferable to learn about these things from someone who is well-versed in damage restoration. So, avoid the myths and contact the most reputable flood restoration companies in your area right now!

The best method to deal with this circumstance is to seek a professional Flood Restoration Melbourne company whether it’s a fire or a flood, all sections of the structure will be affected, including the floor, walls, upholstery, furniture, and electrical equipment. Call total flood damage Melbourne for the immediate flood and water damage service.

Restore your Carpets in the Best Condition with Flood Restoration Services

How to Take Care of Your House from Water Especially After a Flood Occurrence? 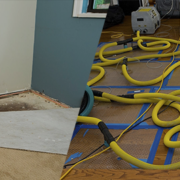 Why Professional Flood Damage Restoration Help Is The Right Answer?