Water damage can occur due to uncontrollable weather occurrences such as flooding, excessive rainfall, a snowstorm, or pipes that burst in the cold of winter. When you suddenly notice a foul odour, you may feel that your clean-up operation is complete after wiping up the water, tossing away anything that can’t be preserved, and drying what’s left.

If you don’t know how to clean a damp carpet, Total Flood Damage Melbourne known as carpet cleaning specialists serve wet carpet cleaning in Melbourne comprehensive with excellence. We use the appropriate tools and processes, such as hot water extraction. As a consequence, your carpets will be cleaner than ever before, with no more obnoxious stains or odours!

Long after the most severe water damage, there’s a good chance mould or mildew is growing inside it. It can aggravate existing respiratory issues, as well as cause new ones in young children. Their fungal spore deposits can compromise the immune system, putting everyone in the house at danger of infection or virus.

A terrible odour coming from your carpet is more than simply an odour; it’s a threat to your house, your possessions, and your family’s health.

Some of the most common reasons for a stinky carpet

With some effort, you can remove the filth from your carpets. Before we discuss how to get rid of carpet odours, it’s essential to understand what creates them. Each has its own distinct aroma, necessitating a specialised technique to carpet cleaning. When it comes to carpet cleaning, there are a few typical suspects to look out for it.

“But water has no odour,” you could argue.

That is correct. The issue, however, is not with the water itself, but with what happens next!

While water does not have an odour on its own, it does when it comes into contact with the fibres in your carpet. Your entire room could stink depending on the material your carpet is composed of it. You could wind up having… if you don’t wipe up the damp carpet straight away.

A damp carpet, regardless of the cause – humidity, flooding, leaks, or rain – is an ideal environment for mould and mildew to develop. Mould is a pain to deal with since it not only smells bad, but it also leaves spores that can stain and damage your carpet fabric. It’s time to contact a professional if you want to ensure that mould and mildew are permanently removed from your carpet, as well as the unpleasant odour.

Odours in liquids and stains

Consider the case of milk. If you leave them out for too long, the odour will intensify. Milk that hasn’t been cleaned out of your carpet might spoil, making your carpets smell much worse!

What to Do After a Professional Wet Carpet Cleaning? 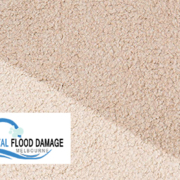 Dealing With A Wet Carpet? Here’s The Expert Way To Clean It

Give New Life to Your Wet Carpets with Carpet Cleaning Services

Everything you need to Know about Wet Carpet Cleaning 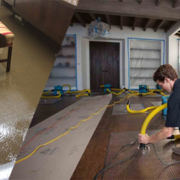 Smart Ideas to Remove Pet Urine Stains from Your Carpet 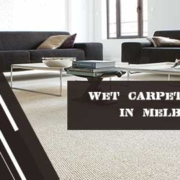 How to Remove Coffee Stains From Wet Carpet Cleaning

Is it possible to salvage wet carpets after a flood?
Scroll to top