Tough the flood in the home is one of the most pleasant experiences; Flood Restoration Melbourne service allows you to have peace of mind. As you know the damage due to the flood would not be worst. The service providers would ensure to save your valuable possessions by taking quick and effective action on the flood.

Sometimes, when you opt for DIY flood restoration, the home tends to smell musty. It keeps on becoming intense gradually and coming back even if you have tried some DIY hacks to eliminate it.

Well, it won’t be coming back, As here is the effective way to eliminate the musty smell.

A musty odour is often the first sign of mould or water damage. First, consider dark, damp, and warm areas such as crawl spaces, attics, basements, and even bathrooms. Mould also grows on moist, porous materials such as wood, drywall, carpets, cement, and rock. Another good idea is to find the cause of the mould: probably from flood damage, but what caused it? Sources of leak pipes, equipment, roofs, cracks in foundations, sewage backwaters, snowmelt, etc.

the potential reason for the musty smell could be carpet if recently it got accidentally wet, and you damped and dried it. Carpet fibres trap moisture, generate mould and mould, and produce an unpleasant musty odour.

After finding the exact source of the musty odour, the next step is to eliminate the cause that is causing it. If there is a leak in the pipe, it needs to be repaired. If it is cracked, it will need to be patched and repaired. If the source is a broken freezer, refrigerator, or appliance, it needs to be repaired. In some cases, you can do these repairs yourself, but in situations such as sewerage stagnation or basement floods, you need professional help.

If you have problems with the odour of water damage that has withstood cleaning attempts, don’t be content with masking it. Masking odours can prevent unpleasant odours, but it does not prevent mould or the health risks of mould. If the odour appears to remain, it is likely that there is a flood that you have not yet found.

After removal of the water, dry the area, remove mould and ventilate the area with a fan or heater to promote air circulation throughout the area. If the outside humidity is lower than inside, you can leave the windows and doors open to allow the breeze to circulate in the room.

During this process, you can take the help of natural fragrances to lower the discomfort of a musty smell. You can deodorise the room temporarily if you require to use the room.

Lastly, if nothing works, the Flood Restoration Melbourne company would be the ultimate rescuer as they know all not so known causes of the musty smell and effective ways to completely eliminate it.

Tips for Cleansing Your House After Water Damages do take place 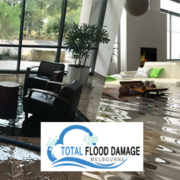 Burst Piping : How Little Modifications Can Avoid a Large Trouble? 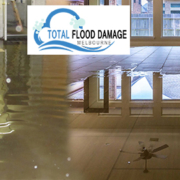 What Is Water Damage Restoration? Find Out a Complete Guide

What are The Benefits You Can Render From Flood Restoration Company?

Flood Damage: Consequences and the Importance of Professional Cleaners

How to Conduct Your Preparation for Saving Home from A Harsh Flood?
Why Is Hiring an Expert the Most Important Step in Water Damage Restoration...

What are the tips for Cleaning a Water-Damaged Carpet?
Scroll to top